When PMC announced the cor amplifier at the 2017 Munich show, you could have knocked me down with a ball peen hammer. Why on earth would a loudspeaker company that distributes two ranges of electronics want to go to the trouble of making an amplifier? The cor reflects the ambition of PMC to enter the marketplace and make an instant impact in the sector. Being purists PMC’s designers didn’t want to make another amplifier just for the sake of having one to sell; they wanted to make something that was at least as good as the loudspeakers they have been producing for over thirty years, which is a pretty big ask.

Those designers more than rose to the challenge. The notionally conventional 2x95W integrated amplifier has a timeless aesthetic that at once looks modern, yet also harks back to classic Armstrong electronics of the 1970s and even the classic fluted plinth that once used to feature on every Linn Sondek LP12 turntable. 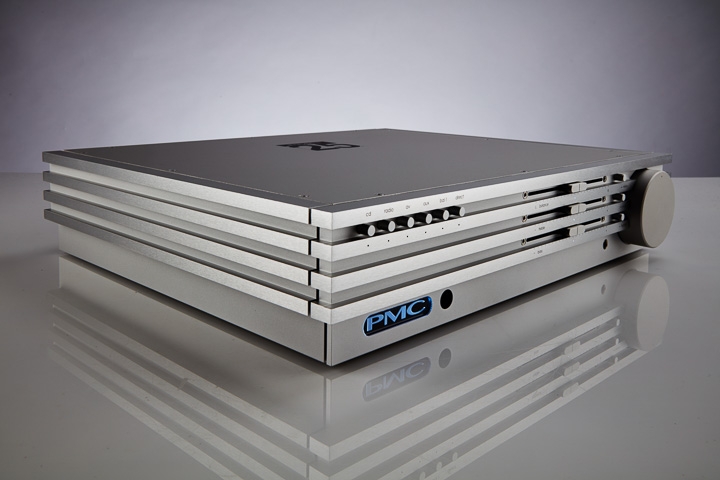 The most unusual feature of cor, however, is its tone controls. They allow fine changes in bass and treble output in much the same way as Quad’s much vaunted tilt controls, but add in the fact that they are motorised for remote operation and you can see that things might get difficult. They are based on the sliders used in professional mixing desks using the best parts that are available in order that sound quality is not compromised by their existence; even then there is a bypass switch should you wish to avoid such things. It’s rather nice that tiny LEDs change colour when you shift one of the sliders for tone or balance, white for centred, red for adjusted.

PMC has long been inclined to offer end users a degree of tone control, so that their fact range of speakers have adjustable bass and treble output in order to provide a degree of room matching. But cor goes a lot further, the remote nature meaning you can tweak for specific recordings from the comfort of your Naugahyde recliner or beanbag. Balance control is also provided with a slider and there are mute and mono buttons for those that need them. Mute is actually more useful than usual because the volume control moves quite slowly if you use the remote and it’s a lot quicker to hit mute if the phone rings or a loud recording follows a quiet one. I do like the fine steps that the volume offers however, and most motorised controls are coarser than this one. The handset looks like something PMC may have borrowed from long term ally Bryston; it’s aluminium and has plenty of buttons none of which are given visual priority except perhaps mute itself.

Inputs on one pair of XLRs and four sets of RCAs are named with likely sources, which is fine if you happen to have a CD player or a radio connected but less obvious if your source isn’t one of the names; numbered inputs might have been easier. As well as the volume controlled inputs there is a direct option on RCAs that bypasses the volume and would typically be used for AV processors. A ‘pre out’ pair suggest that maybe a cor power amp might be in the pipeline.

With its bipolar Darlington output stage and relatively low power for the price (95 Watts into 8 Ohms) cor looks like it has some relation to a popular range of amplifiers from Salisbury.  The none-more-black finish might also suggest some kind of hair-shirt connection to classic Naim. The presence of tone controls goes against this idea, however, and the sound is completely different, so the similarities are misleading. 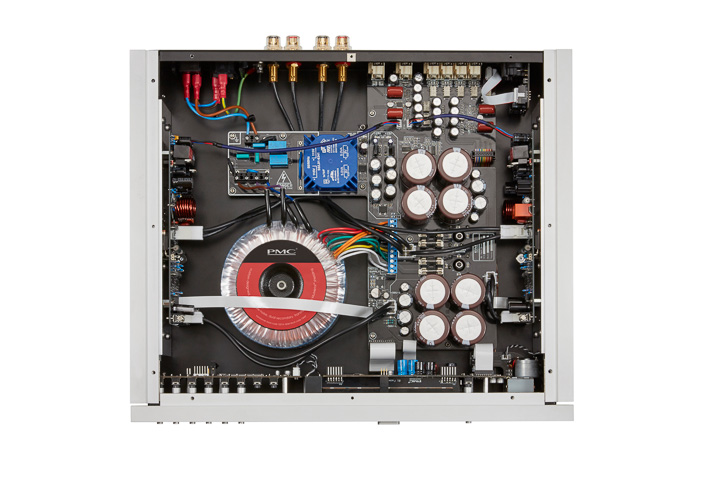 What cor sounds like is hard to grasp because it’s so refined, subtle, and transparent, but what you can say is that it’s incredibly open and revealing. PMC have always valued good dispersion in their loudspeakers and when you combine that with an amplifier with the same approach the effect is truly holographic in its image scale and depth. My listening didn’t start out with PMC speakers however; readers may recall the Vivid Kaya 45 reviewed a couple of issues back, and these speakers ideally need a bit more power than the cor can offer. Bass isn’t quite as powerful as it can be in the cor’s hands, but the sense of openness at which this speaker excels is further increased by the PMC. It also does good things for timing which gets a little bit tighter in its deceptively firm grasp. What I really like about the cor however is its ability to reveal so much. Yussef Kamaal’s Black Focus[Brownswood] is a great contemporary jazz album where the emphasis is on the groove; I have played it a lot but never noticed the tape hiss that the cor exposes by digging so far down into the mix. You might not want to hear everything that it uncovers, but it’s good to know that so little is being hidden thanks to this amp’s remarkably low noise floor. The low end sounds particularly good on this and contrasts beautifully with the brightness of the Fender Rhodes keyboard.

I also tried the PMC with one of Bowers & Wilkins’ speakers in the form of the 702 floorstander, it’s unlikely that you will find both products under the same dealer’s roof, but that doesn’t mean they aren’t well suited. Here the impressive resolution of both combined to create a sound that is natural, highly detailed and very, very open. This might give the impression the cor lacks substance, but that would be incorrect. The dynamics on Anouar Brahem’s superbly recorded Blue Maqams[ECM] are exceptional with not a hard edge in sight. The 702 does a fine job of revealing just how relaxed and effortless this amplifier is, the pair delivering impressive image depth on almost any recording without any shortcomings in the timing department. The combination of transparency and coherence is very beguiling indeed and makes it extremely hard to turn the system off. I got quite carried away with Bugge Wesseltoft and Prins Thomas’ new album [Bugge Wesseltoft and Prins Thomas, Smalltown Supersound], delving into the many layers in the mix and being carried away by the imagination of the compositions, especially when Bugge and Jon Christensen take their piano and drums into deep dark territory on the appropriately named ‘Sin Tempo’. 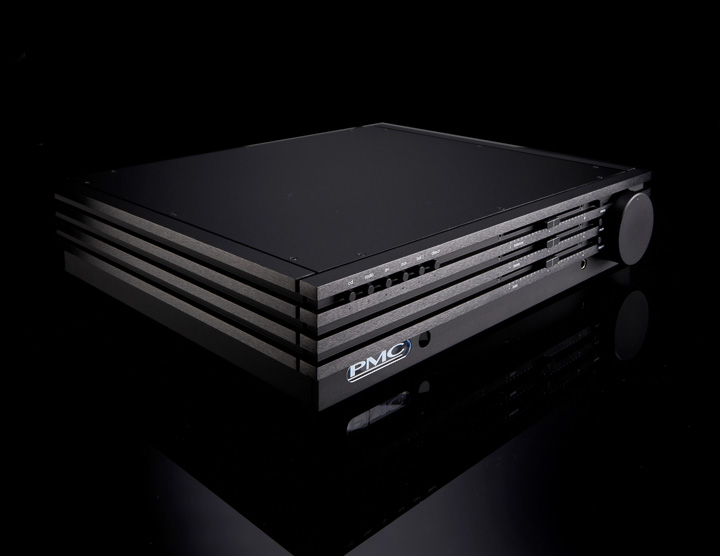 With more familiar material such as John Martyn’s ‘Bless the Weather’ [Bless the Weather, Island], the presentation has so much space it feels like you could walk into it. Then, there’ Danny Thompson’s fabulous double bass, whose rich timbre is perfectly mirrored by the acoustic guitar. Martyn’s voice clearly has some effects on it and some distinct spotlighting but that does nothing to undermine the ability of the piece to engage the heart and mind. As a long time PMC fact.8 speaker user I thought it would be rude not to try cor with this marvellous transducer and wasn’t surprised to find the two were an excellent match. Rarely has Bill Evans’ Waltz For Debby [Riverside] sounded so beautiful. The playing is so subtle that amplifiers with a lesser grasp of timing tend to mask what makes him so well regarded but the cor is nothing if not revealing in all respects including the most important one. So when the piece starts and you hear the audience and the scale of the venue the finesse of the playing just sweeps you off your feet and it made me wonder why I don’t play this more often. By contrast Taylor McFerrin’s Early Riser[Brainfeeder] is a jazz influenced electronica album where there is very little natural sound, but there is a depth of layering and richness of detail that is almost as good at drawing you in as Evans’ trio.

An ultra low noise floor is the key to cor’s success; this is what allows all the richness of detail through, as all the timing and spatial cues are enhanced when their quietest elements are exposed. Cor is a purist analogue amplifier for the digital age; without the super quiet recordings that digital allows its qualities would only be apparent to those with great turntables. It occurred to me rather late in the day that cor has many of the qualities of a first rate Class A amplifier; it has the delicacy of a single ended triode but a lower noise floor and more power. That a loudspeaker manufacturer has achieved this is even more remarkable and I hope it’s not the last piece of electronics from this innovative brand. 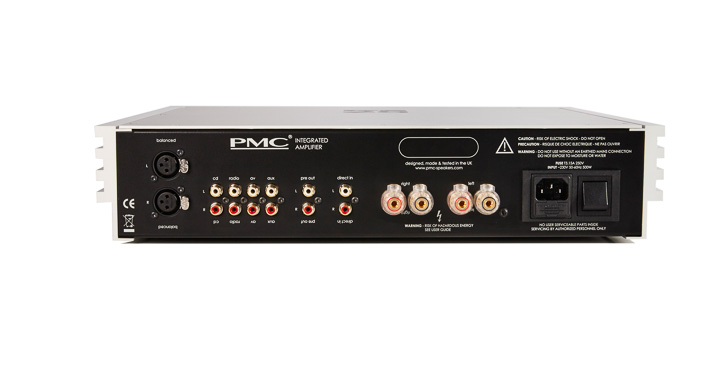